7 Benefits Of Flaxseed That Your Body Is Craving

Nowadays flaxseeds are getting more and more popular among people who are supporting a healthy lifestyle.

They are commonly available on the shelves of the major grocery stores or online.

Health benefits of a flaxseed make it one of the food items that need to be introduced to everybody who would like to improve their health and feel great.

Flaxseeds have a nice pleasant nutty flavor that is particularly great for baking.

1. Flaxseeds Are Rich In Protein 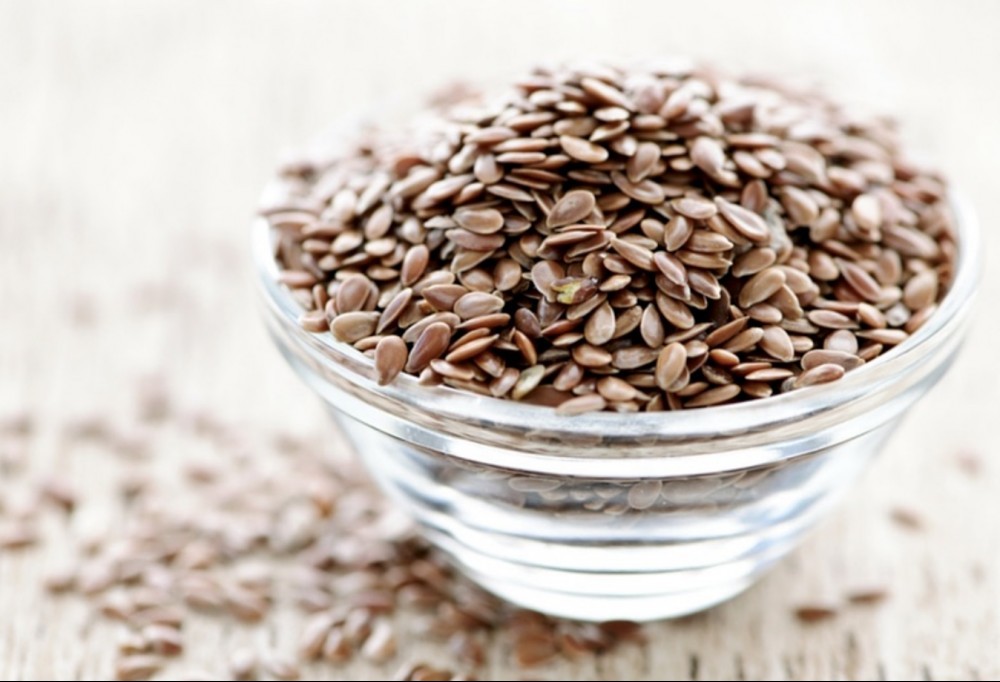 Flaxseeds are a great source of plant-based protein.

Flaxseeds are rich in the amino acids arginine, aspartic acid, and glutamic acid.

So if you are planning to cut on meat it will be a great source of protein that is able to fill you up similar to the animal-based protein.

Moreover, because flaxseeds are able to fill you up faster, it will assist you in your weight loss journey if that is your primary goal.

Numerous research studies have shown that the flaxseed protein has anti-fungal properties, can assist to prevent tumors, lower the level of cholesterol and improve the immune function (1, 2).

One tablespoon of flaxseeds contains up to 3 grams of fiber which sums between 8-12% of your daily norm.

The soluble fiber slows down the rate of digestion and increases the consistency of the contains in your intestine. This may assist to reduce the cholesterol level.

On the other hand, the insoluble fiber tends to allow more water to bind to the stools which increases their bulk and leads to softer stools. This helps in preventing constipation and also assists those who have a diverticular disease or an irritable bowel movement.

3. Flaxseeds Are Loaded With Nutrients 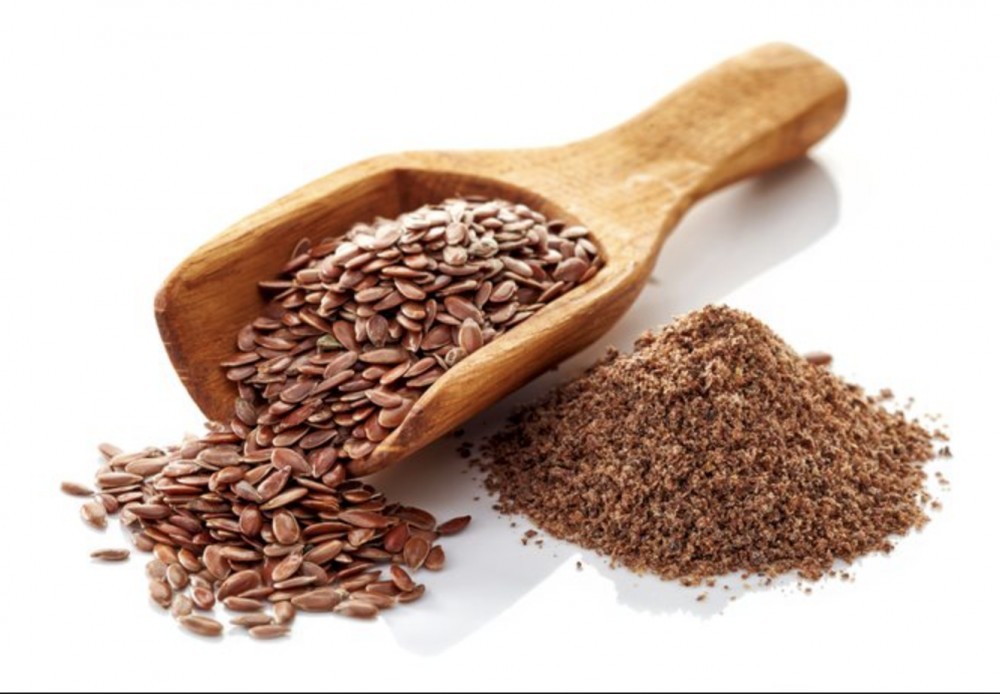 Flaxseeds sometimes referred to as ‘superfoods’. One of the reasons for that is that a flaxseed is rich in nutrients that are vital for our body.

Some nutrients that a flaxseed can offer are:

Vitamins B-1 and B-6 play an important role in our body’s metabolism and help to produce neurotransmitters and red blood cells.

In particular, Vitamin B-1, or thiamine, helps to convert food into energy.

While Vitamin-6 helps our bodies to produce enzymes responsible for the production of red and white blood cells that support our immune system.

Flaxseeds have become nutritionally very important due to their high content of Omega-3 fatty acids, fiber, and phytochemicals.

Alpha-linolenic acid (ALA) is an Omega-3 acid that is found in flaxseeds which assists to maintain the Omega-3 to Omega-6 ratio, which improves bone health.

Due to its anti-inflammatory property, Omega-3 fats play a vital role in the treatment of asthma, osteoporosis, rheumatoid arthritis, osteoarthritis, and migraines

Lignan is an antioxidant phytochemical found in flaxseeds.

Lignan also contains estrogen and antioxidant properties which can assist to reduce the risk of cancer. It has been found that people who eat flaxseeds have fewer chances of getting breast cancer especially the postmenopausal women.

The lignan in flaxseeds can also assist the men. A recent study showed that regular consumption of flaxseed may reduce prostate cancer in men.

4. May Help With The Weight Loss 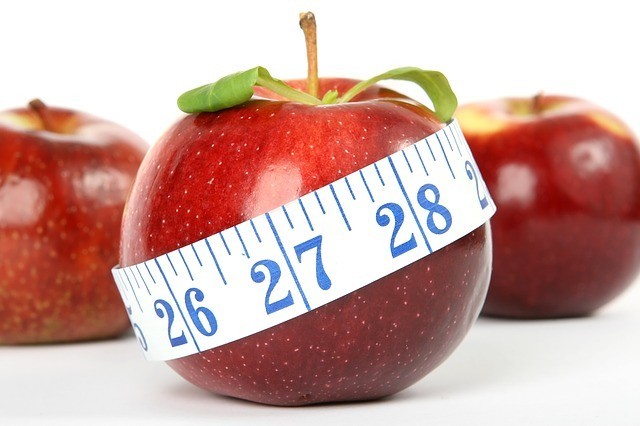 Flaxseeds may help with obesity and weight loss.

Because flaxseeds contain a lot of healthy fats and fiber, it helps with the hunger. What it means is that flaxseed consumption will fill you up faster with less amount of calories taken. That in its order will help with the weight loss.

Omega-3 fatty acid also helps to reduce inflammations and helps to stabilize hormonal balance, that could also help with the weight loss. It is very common for people who suffer from digestion issues and inflammation to have a hard time losing weight.

5. May Assist In Controlling Blood Sugar

Type 2 diabetes has been a major problem in the world.

The level of blood sugar characterizes it is high as your body is not able to secrete insulin. A study by the nutritionists revealed that individuals who had type 2 diabetes and they tried to use 10-20 grams of flaxseed powder in their diet for at least two months experienced a reduction of blood sugar level up to 20%.

The recent study found that regular consumption of flaxseeds may reduce cholesterol levels (3).

Flaxseeds are great in absorbing a lot of liquid similar to the chia seeds.

It is commonly used in baking recipes to bind the ingredients together. However, unlike the flour, flaxseeds do not contain gluten that is hard to be digested by many people and is a common cause of inflammation.

Flaxseeds are a great choice for people who are suffering from celiac disease or a gluten sensitivity.

Where to Find and How to Use Flaxseeds 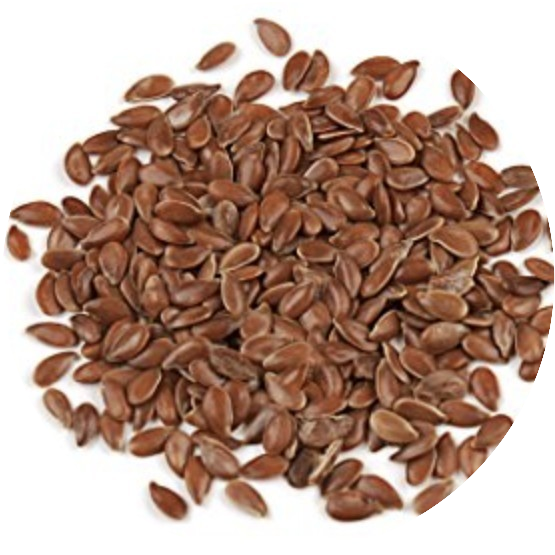 Nowadays a lot of major grocery stores have flaxseeds available on the shelves. If you cannot find it in your local grocery store, check health food stores or online.

Flaxseeds are best-consumed ground. The reason for that is that our bodies cannot properly digest the whole seeds.

Whole seeds will mostly pass through the digestive system without leaving any nutrients in our body. Therefore, the best way to consume it is to either grind the whole flaxseeds or buy flaxseed meal to get the most health benefits of flaxseeds.

If you decide to grind it, make sure to do it right before the consumption as flaxseeds lose most of it qualities due to oxidation.

Because flaxseeds contain plenty of fiber it is recommended to consume plenty of water or other fluids.

No matter what are your health goals, consumption of flaxseeds will benefit a lot of us.

Aim to eat at least two tablespoons of flaxseeds a day to enjoy the benefits it will provide you with.

I have been adding ground flaxseeds to my morning smoothies for about 6 months now and never knew that it could stabilize a person’s blood sugar. My mother-in-law has diabetes and I think I’m going to tell her to drink smoothies with flaxseeds in them because it is such an easy way to get all of those great vitamins and minerals into your system. Thank you for this!

Hi Miranda,
I am very happy that you found this post valuable.
Adding flaxseed to smoothies is a great option for consuming it. I use flaxseeds a lot in my baking if I would like to have a granola effect. Check my granola cookies recipe and paleo breakfast bread recipe.

I don’t know how I ended up with Flax seeds, but I do have them in my vitamin cabinet. I was glad to find this information on the benefits. I will be much more vigilant now in taking them. There seem to be a ton of benefits! Thanks for sharing 🙂

Hi,
Thank you for your feedback.
There a lot of ways of how you can incorporate flaxseeds into your diet. One of the ways is to add it to your cereal or smoothie. I prefer to add it to my baking. Check my granola cookies recipe and paleo breakfast bread recipe.

Hello there, I have stage 4 endometriosis with adenomyosis and fibroids. I’m starting to take 2 tbsp of flaxseeds each day and see where it gets me n 3 months’ time! Thank you for this write up x