As you probably already know, the Paleo diet is famous for its anti-inflammatory qualities.

The reason for that is that the Paleo diet excludes foods that could cause inflammation in our bodies such as:

By excluding foods that could cause inflammation the Paleo diet allows our body to heal by decreasing the overall inflammation.

One of the benefits of the Paleo diet is that it can be highly effective in managing certain diseases such as:

But the Paleo diet does not only exclude certain foods, it also encourages adding more anti-inflammatory foods that will speed up the healing effect in our bodies.

Here we will look not only at the cause of inflammation but also at the treatment, meaning best natural anti-inflammatory foods that the Paleo diet supports. 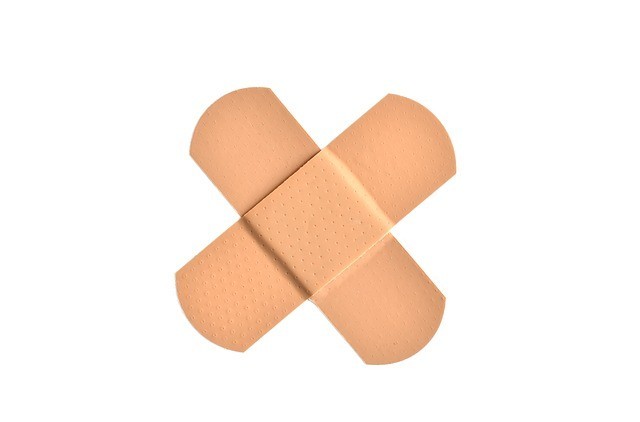 Inflammation is an essential reaction of our body trying to heal itself.

Inflammation is the body’s immune system’s response to a stimulus. This can be bacteria colonizing a wound or a splinter piercing your finger, for example. Inflammation happens when the immune system fights against something that may turn out to be harmful (1).

You could see this process in action when the injury, pain, illness or even stress occur.

It is a well-established process that our lives literally depend on.

Without this process, wounds would never heal.

Is Inflammation A Good Or A Bad Thing?

The inflammation itself is a good thing as we already know, as it allows our body to fight infections and injuries. But it can become a bad thing if it appears on a regular basis.

Inflammation can be categorized into 2 groups:

Acute inflammation is a short-term inflammation happened as an immediate body response to the external cause.

It can be indicated by redness, heat, swelling, pain and function loss and mostly appear on the surface of the body.

Not all signs happen all at once in every inflammation. Instead, some types of inflammation occur ‘silently’ and do not cause any symptoms (2). 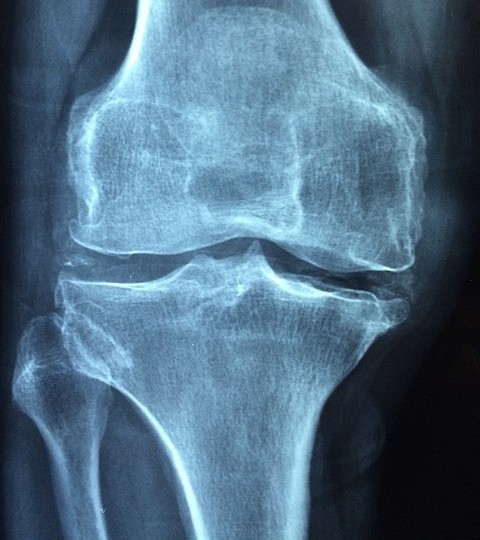 Chronic inflammation can confuse your body in a way that it will start fighting its own cells, causing harmful inflammatory responses.

Chronic inflammation is a cause of certain diseases such as:

As you can see inflammation itself is a good thing.

However, when it turns into the chronic inflammation, that is when we start to feel health problems and need to react as fast as possible to help our body to return to its natural state.

What Does Cause Inflammation?

There are different factors that could cause chronic inflammation in our body. Here we will mention a few that appears to be the most popular cause in our day-to-day lives:

This is a big one.

We all know that certain foods can cause inflammation more than others.

Overcooked or deep dried foods create AGES (advanced glycation end products) that are treated by our bodies as invaders and cause inflammation.

Also when the muscle meat is being pan-fried of grilled, certain harmful chemicals are being formed that could be even mutagenic and cause changes in DNA and increase the risk of cancer.

We all know that trans fats are not good for our body because they increase ‘bad’ cholesterol and decrease ‘good’ cholesterol.

They also are a common factor in obesity, insulin resistance etc.

Sugar contains empty calories that do not do anything good for our body.

Instead, it makes our body work harder on producing insulin and generate inflammation state that causes many diseases associated with the sugar consumption such as type 2 diabetes, obesity, and heart diseases.

An interesting fact is that most of the human population cannot digest milk. Moreover, researches believe that the ability to digest milk beyond the age of infancy is an abnormal fact.

Milk is a common allergen that can cause a number of inflammatory responses such as diarrhea, stomach distress, constipation, skin rashes, breathing difficulties etc. 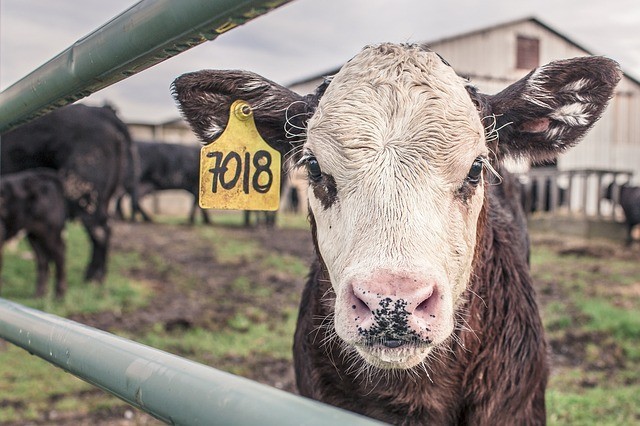 When we buy meat from a store, we sometimes do not really think about how the animal was raised and what it was fed with.

Most of the commercially raised animals are raised in the poor living conditions, fed with non-natural for these animals diets full of inflammatory foods (such as soybeans and corn).

And similar to humans this poor diet can make the animals sick and gain a lot of fat including saturated fat.

Some animals are also injected with hormones and steroids.

In a 2007 report by the World Cancer Research Fund and the American Institute for Cancer Research, processed meat was associated with the cancer of colon and rectum and possibly esophagus and lung.

Refined grains are similar to the refined sugar in a way that all its nutrients were lost during the refining process leaving the product with literally empty calories.

Regular consumption of refined grains is a common cause of digestive diseases.

Among other inflammatory foods are alcohol, artificial food additives (such as MSG-monosodium glutamate), gluten and nightshade vegetables.

A lot of us would not think of that as an inflammatory factor.

However, overeating actually promotes the inflammatory response in our bodies and suppresses the immune system.

Did you know that even an extra 25 pounds could create an abundance of inflammation and lower overall immunity?

Fat cells act as immune cells and secrete inflammatory factors. The more fat cells you have the more inflammation potentially you would have.

4. Not getting enough sleep

When we sleep, all our systems reload including our immune system.

Lack of restorative sleep is a significant promoter of inflammation.

How The Paleo Diet Can Help With Inflammation

First of all the basic principles of the Paleo diet promote anti-inflammatory basics such as:

The Paleo diet also limits the consumption of certain foods that are the common triggers of the immune response such as:

The Paleo diet allows your gut to heal, boost your immune system and offers you the relief from diseases caused by constant inflammation.

The Paleo diet promotes the consumption of fresh fruits and vegetables as much as possible.

10 Best Anti-Inflammatory Foods To Include In Your Diet

So now we know what the common factors of inflammation process are.

Now, what are the foods that we actually should eat to promote health and decrease inflammation happening in our bodies?

All dark green leafy vegetables are rich in anti-inflammatory and anti-oxidative flavonoids and carotenoids.

Their nutritional value is incredible and includes vitamins A, B2, B6, C, E, K, calcium, folate, iron, magnesium, manganese, potassium, and tryptophan.

Kelp such as kombu contains a complex carbohydrate that has anti-inflammatory, anti-tumor and anti-oxidative qualities.

Kelp is also high in iodine, so make sure not to overeat it.

Broccoli is rich in anti-inflammatory and anti-oxidative flavonoids and caretonoids.

Broccoli is also high in both potassium and magnesium and its anti-oxidants help battle both chronic inflammation and the risk of developing cancer (4). 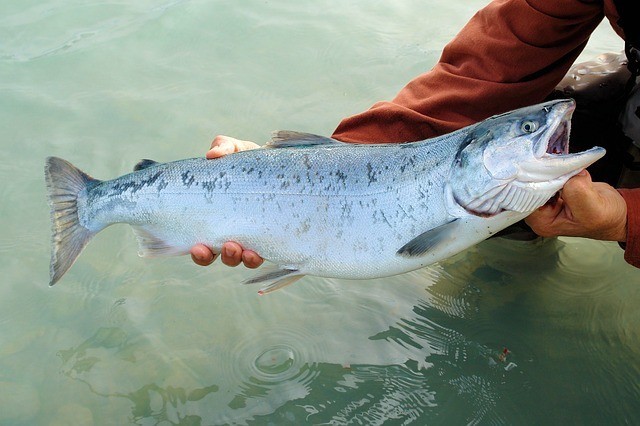 Studies show that Omega-3 fatty acids may reduce inflammation and help decrease the risk of chronic diseases, such as heart disease, cancer and arthritis.

Bones contain a lot of minerals that could be easily available to us in the bone broth such as: calcium, magnesium, phosphorus, silicon, sulfur and many more.

Bone broth contains substances such as chindroitin and glucasamine that may reduce inflammation and arthritis.

Coconut oil can offer a lot of benefits and anti-inflammatory quality is one of them.

Coconut oil, thanks to its anti-oxidant qualities, is a leading natural treatment for osteoporosis. 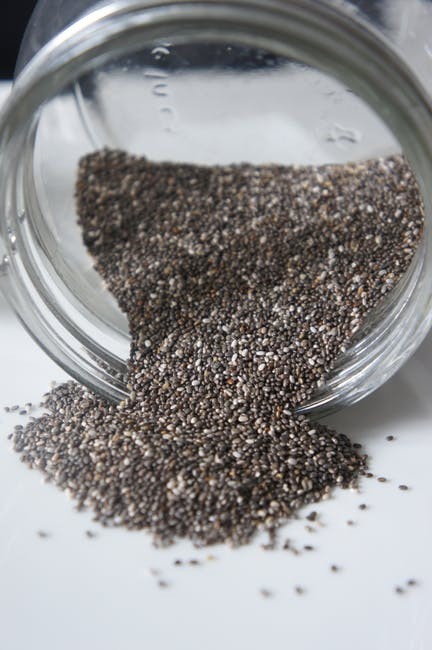 Chia seeds is an anti-inflammatory food that is packed with vitamins and minerals such as vitamins A, B, and D, sulfur, iron, magnesium, manganese, niacin, thiamine.

It also contains the perfect balance of omega-3 and omega-6 that could reverse inflammation, regulate cholesterol level and even lower blood pressure.

Flaxseeds are another great source of omega-3 fatty acid that offer anti-inflammatory qualities.

They also contain substances that provide us with anti-oxidant benefits such as anti-aging, hormone balance and cellular health.

Flaxseeds also support the growth of probiotics in the gut and may also help eliminate yeast and candida in the body.

Make sure to grind the flaxseeds in the grinder to increase its absorption in our gut.

Turmeric’s primary component, curcumun, is the one that offer anti-inflammatory qualities.

In one of the studies, it was found that curcumin is the most anti-inflammatory and anti-proliferative agents in the world. The study compared curcumin to medicine such as aspirin (Bayer, etc) and ibuprofen (Advil, Motrin, etc) (7).

Turmeric is highly effective in managing rheumatoid arthritis due to its anti-inflammatory qualities.

this is very interesting. I would have a problem though following all these rules.

I want my coffee in the morning and I don’t know how I could give up all grains and legumes.

I can though take care and not overeat or see that I have enough sleep.

Also, all the best anti-inflammatory foods are things I love to eat and I can look out to add them more often to our meals 🙂

Hi Stefan, Thank you for your feedback. It sounds like the Paleo diet has a lot of food limitations, but when you start following it, it gets easier to understand why certain foods are excluded. A lot of people would see health benefits within a week! Is not it amazing? Coffee is the toughest to give up on after sugar. However, if you understand. why coffee is not recommended, then it gets easier to get rid of it as well. Here is the post of why coffee is not recommended on the Paleo diet. That is great that you love… Read more »

Hi Anna. What an incredibly well written and informative post. I knew a little about the Paleo diet, but now I know a lot more. Thanks For the insight and good luck with your website.

Hi Jum,
Thank you for your kind words.
More and more people would like to live healthier lifestyles, and it is our goal to help them make this choice.